The Biggest of Big Days

I started this blog on November 5th with joy and hope in my heart, the day after we successfully elected Barack Obama as our 44th president. Today he was sworn in, and I no longer have to type out the cumbersome phrase "President-Elect" every time I refer to him. I wish that I had heard before this morning the term "PEBO" which stands for "President-Elect Barack Obama"... I would have been using it all along! Unfortunately, I had to work all day today and didn't get to see any of the festivities of the inauguration. Whether or not I watched, it happened, and the sun will shine a little brighter tomorrow morning. No, I don't expect that elusive thing, "change," will happen overnight, but for those who think I'm naive or too optimistic, I beg you to take a look at the joy people are feeling and the service many have already pledged and performed in the name of imminent change in this country. Change happens when people believe in their leaders, in themselves, and in their capacity to hold themselves responsible to create the change we seek. We are a nation of believers today.

Until I get a chance to watch the speech online and read up on the events of the day, I can't really comment on them, but I think I'll post some of my awesome pictures of President Obama and other rally pics from the campaign. These are my pictures that I took myself so if you want to repost them please credit and link to me. Thanks, and happy inauguration day!!!

This first group are from a rally in Las Vegas in September 08: 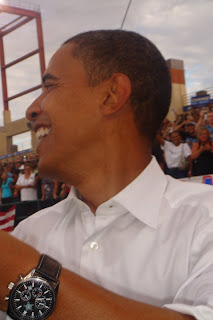 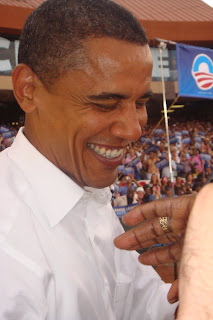 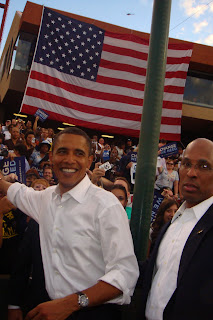 These are from another rally in Vegas in October: 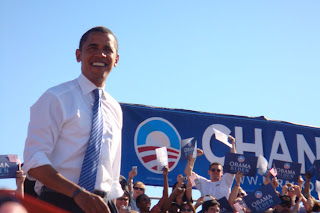 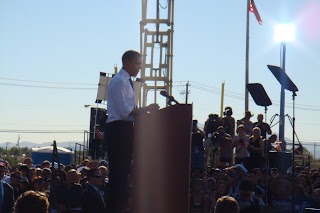 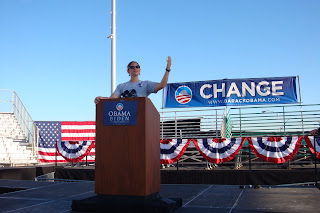 And finally, from my days as a Senate intern, an old picture of me with then-Senator Barack Obama from Summer 2005... what an awesome memory to hold onto :-) 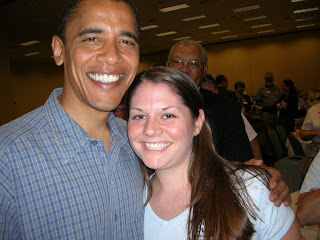 Posted by A Most Ingenious Paradox at 7:10 PM

I'm still outrageously jealous that you got to meet him!! And if you're optimistic and naive then so am I! I also don't expect everything to change overnight but one thing that actually will change overnight is the world's perception of the US. After 8 years of looking at us as a joke or with disappointment we have shown them that we were not happy with the way this country was being run and we've shown the world we're ready to resume our role as a leader!